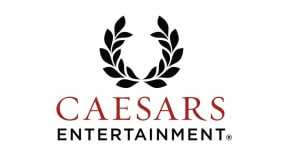 When Caeser’s announced that it had completed a full takeover of mammoth British gambling firm William Hill, it sent shockwaves through the industry. After all, this was, first and foremost an American entertainment and land-based casino firm with little experience in online gambling.

Following the approval of significant online gambling legislation in the US though, this led to Caeser’s moving swiftly in an attempt to gain a foothold over their rivals in a marketplace that seemingly has unlimited potential.

Key to the acquisition was William Hill’s online assets; an area that Caeser’s lacked expertise in and something that was subsequently identified as the difference-maker in enabling the company to really propel themselves into the US online gambling sector.

It came at a price though; USD 4.5 billion was enough to tempt major shareholders into selling the British gambling giant, in a move that followed their previous USD 17.3 billion takeover of Florado Resorts which put 50 land-based casinos under its ownership.

It appears that following their takeover, the American firm is seeking to identify buyers for William Hill’s non-American assets, which includes in excess of 1500 betting shops around the UK, plus the company’s UK and European online assets.

Believed to be valued at just over USD 2 billion, there are a number of private equity firms that have already expressed initial interest. Indeed, one of these is Apollo Global Management, which was one of the original parties that challenged Caeser’s bid in the original takeover battle and is understood to be currently in the driving seat, the second time around.

Indeed, Shaked Ventures have also been credited with interest and they could be the major stumbling block that stands in the way of Apollo. The Israeli firm has substantial credibility in the online gambling market and, as a result, are the main backers behind the 888 Holdings Group; an industry behemoth in their own right.

As such, this could well end up in a bidding war between at least two parties who have shown an obvious interest and will not relinquish this easily. It really depends on what these assets are worth to each party and how they can best leverage these with their current interests.

Should Apollo be successful, their plans will likely involve some kind of spin-off, particularly where the commercial real estate is concerned, while Shaked Ventures will likely look to merge the online assets at least with 888’s existing portfolio.

What would not be a surprise either, is if industry heavyweights Entain entered the negotiations. The group that has well over 25 brands under its purview, including Coral, Ladbrokes and Bwin, it could be said is owed a favour from Caeser’s.

They spurned two bids from Caeser’s rivals MGM for their entire portfolio; the second coming in at just over USD 8 billion in the first quarter of 2021. Entain has since been involved in a number of merger and acquisition deals and should they put themselves forward for the remaining William Hill assets, you would have to imagine Caeser’s will take them seriously.

Written for onlinecasinogamesindia.in by Vihaan Agarwal - 03-05-2021