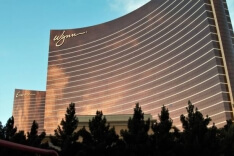 Major US casino operator brand, Wynn Resorts Limited is seeking to increase its expansion online, in a bid to enter the state of Arizona for one of its online enterprises, WynnBET.

In what is being seen as a strategic move, it has secured a partnership with the San Carlos Apache Tribe, which operates both the Apache Gold Casino and Apache Sky Casino in the state, in a bid to have an online sports betting license approved.

While fundamentally an entertainment company, specialising in the land-based casino industry, the company is known for its exclusive resorts, with the flagship being in Las Vegas, Nevada.

However, following rival company Caesers Entertainment’s lucrative acquisition of British-based bookmaker and online casino, William Hill, it has led to a flurry of activity in the land-based market from other companies to move into the potentially lucrative online market.

Wynn Resorts, which is headed by luminary owner Steve Wynn, has since expanded online with its own products, though securing licenses across multiple states has been somewhat laborious over the last couple of years.

Already in 16 states online, operating in various verticals, such as online casino, poker, and sports betting, building their reputation to become an authority in this facet of the industry has been a slow process.

They know that going down the route of in-house development means that they invariably have to start from scratch while competing with rivals MGM Resorts International, Las Vegas Sands Corp (LVS), not to mention Caesers, whose deal with the well-known brand William Hill has catapulted them into the centre of the US online gambling market.

While the company may be lagging behind in the online gambling industry, their ‘brick-and-mortar’ casino business is now highly reputable around the world, with recent developments in Singapore providing them with a possible gateway to the Asian market.

Despite ambitious growth plans in the US for the online division of their company, highlighted by their recent deal partnership for licenses in the state of Arizona, having a presence globally, could make it easier for the company to establish itself globally.

Especially when you factor in the potential for having online terminals in a number of their resorts worldwide, this can only help to add to the credibility and secure their position in potentially lucrative growth markets.

Macau especially is another major gambling territory and resort where Wynn has experienced substantial growth over the years, with this representing a considerable growth opportunity, particularly, potentially online in the future.

Quick expansion into US states

While the company is facing fierce competition, Wynn has been quick to respond to legislative changes in recent states of late. The last six months alone has seen a number of major states secure online gambling license approval, such as Michigan in January, where Wynn was quick to launch.

Launches in Virginia (March) and then Indiana in April quickly followed, adding to Colorado in December which was met with enthusiasm from the market.

It is going to be a tough task for Wynn to really establish itself as a major player in the online casino industry in the US, especially with so much competition and they will be relying on the strength of their name in the land-based segment of the industry to help with their marketing campaigns.

Written for onlinecasinogamesindia.in by Vihaan Agarwal - 10-07-2021