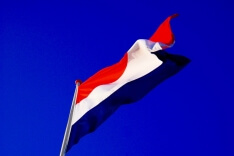 Following the approval of online gambling in the country, the Netherlands has granted licenses to 10 operators to offer their services to Dutch customers as momentum begins to ramp up.

Erwin van Lambaart, who is the chairman of Holland Casino expressed his delight at the news following the approval, stating that this is an important step to being able to offer safe and exciting gambling to Dutch players through multiple offerings.

Good news for those lucky few

While others are still patiently waiting for online gambling approval in the country, for those first 10 operators, this presents a great chance to capitalise on the opportunity to acquire customers and experiment with new offers to see what works.

Chairman of the Kansspelautoriteit (the Dutch gambling regulator), Rene Jansen, indicated that the acceptance criteria was particularly high, with the KSA taking into consideration how committed operators are to prevent online gambling addiction.

For Bet 365 especially, this marks an important step in their European expansion, with the British company keen on getting into as many markets as possible. The Netherlands are promising to crack down on unlicensed operators, and issue bans, especially to those that have a .nl domain, are written in Dutch and have been advertised in the country.

Who next for the Netherlands?

No doubt a number of British firms will be closely watching Bet 365 and how the company performs in the Netherlands and we could see a number of others following suit in the next couple of months.

Of those who may look to consider a license application for the Netherlands could be some of the brands owned by Entain, however, it is understood that some of the European heavyweights are still awaiting a response on the decision from the KSA, such is the standard.

As the regulated Dutch market receives more operators, we could see the Netherlands become a force to be reckoned with in online gambling, which, based on recent news has one of the toughest regulatory bodies in the industry.

Written for onlinecasinogamesindia.in by Vihaan Agarwal - 08-10-2021