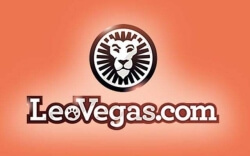 US gambling, hospitality and entertainment company MGM Resorts International has made its next major move in the iGaming industry as it looks to make up ground on its competitors, with the purchase of Swedish firm, LeoVegas.

Having submitted an offer for $607 million - worth $6.20 per share, this represents a significant signal of intent from MGM to expand its presence in Europe.

Shareholders of LeoVegas have been recommended to accept the offer by the company, which holds licenses in a number of Nordic and European countries.

MGM to add to its online casino presence

Known primarily online for its leaning towards sports betting, due to its joint-venture with Entain in the shape of MGMBet, MGM Resorts International hopes that with the acquisition of an up and coming online casino, this can help to strengthen its foothold in this arena.

Ironically, MGMBet recently won ‘Online Casino of the Year’ at the EGR North America Awards and, as a result will hope to further build on this having had its reputation enhanced in the wider industry.

Despite the US showing major interest in online gambling over the last couple of years, following the regulation of a vast number of states, there is still a lot of potential in Europe, with even more markets opening up, after the introduction of tougher legislation.

The Nordic, Scandinavian and Baltic markets, in particular, represent a significant amount of people that have a firm interest in iGaming and these have experienced serious growth rates over the last few years.

Expansion into the US for LeoVegas?

Should a deal be struck to buy the online casino brand, it could mean that MGM may look to establish its presence in the US which is ripe for even more iGaming brands as interest continues to ramp up.

Offering this alongside its flagship BetMGM brand would allow it to create a standalone online casino in the US, without having to share with another gambling conglomerate, while it has already established a successful blueprint for market penetration.

There are also other markets that the brand could look to explore, including South America, with both Argentina and Brazil showing signs that they could become major players on a global stage over the next few years.

LeoVegas will have a formal acceptance period of which to agree to the deal, which starts in June and ends in August, though it is anticipated that the deal will be completed relatively smoothly without enduring too many complications.

Possibly, Entain who they share a joint-venture (MGMBet), may decide to make things difficult, if they feel that a move for LeoVegas represents a threat, or indeed, it could see them make a move of their own.

This could be said for MGM’s competitors in the US, who may view the offer on the table as a good deal and may not want to miss out, while at the same time making sure that they can keep their rivals at bay.

Written for onlinecasinogamesindia.in by Vihaan Agarwal - 16-05-2022