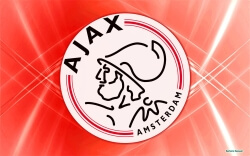 Having recently been granted a license to operate in the Netherlands, Stockholm-based Kindred Group has now followed this up with a principal sponsorship with football club Ajax AFC.

In what is being viewed as a serious signal of intent by the Swedish iGaming conglomerate to really make its mark in the Netherlands - a country that has been viewed as having substantial potential - Kindred is really making its mark.

This could well benefit both parties substantially. Ajax is undoubtedly the biggest football club in the Netherlands and arguably, one of the biggest in Europe, so Kindred forging a professional partnership with the football club could lead to substantial registrations and brand awareness.

Via its flagship Unibet brand, Kindred Group and Ajax will both put significant emphasis on promoting responsible gambling, something which the de Kansspelautoriteit (KSA) - the gambling commission for the Netherlands, is keen to push.

The KSA is arguably one of the strictest regulators in the industry and with the Netherlands only having fully launched legal online gambling last October, it has established a major reputation for the amount of due diligence that is associated with its approval process for operators.

Since launching, the KSA has placed a considerable amount of emphasis on responsible gambling, in addition to making sure that advertising is above board. It has made no secret that it will severely crack down on operators that flout the law.

As a result, this initiative from two of the biggest entities in their respective industries should have a major impact on hitting home the message about responsible gambling. There is also a significant amount of symmetry behind this deal - Ajax is a football club that takes pride in fair play on the pitch, with Kindred Group also having forged a similar reputation over the years.

For Unibet, this partnership could definitely help to establish itself as one of the major operators in the Netherlands, with the KSA understood to still be reviewing over 20 applications - highlighting just how strict it is to gain an iGaming license in the country.

With competition in the form of a major British bookmaker, Bet365, this could well prove to be a substantial task, however, the synergy with the biggest football club in the country could well help to convert a large share of the market - especially on the sports betting side.

Over the coming months, the two entities are likely to launch further initiatives around responsible gambling and become active in the community as well, to educate about the dangers of gambling in addition to helping to prevent underage gambling.

Should this prove to be a successful alliance for Kindred, then it could lead to smaller, lower-league sponsorships with other Dutch clubs to help further raise awareness, plus expand the company’s brand presence as well.

Lennart Kessels, who is General Manager for Kindred Group in the Netherlands has voiced his pleasure to be associated with Ajax and feels that both entities can help to make sure online gambling can be a safe environment while educating about the dangers that exist.

This announcement is certainly one of the biggest in the Netherlands market over the last 12 months and it will definitely be interesting to see the impact that it can have.

Written for onlinecasinogamesindia.in by Vihaan Agarwal - 07-07-2022