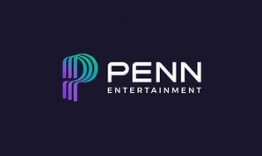 In a recent SEC filing, Penn Entertainment has revealed that it is completing the purchase of the rest of its stake in Barstool Sports, exercising its rights to do so under its original agreement.

Already, the company owns 36 per cent of the enterprise, having agreed to a deal for this in February 2020 for $163 million, following a $450 million valuation of the brand. As per the terms of this deal, Penn is now initiating its right to buy the rest of the Barstool, which would take its overall investment up to a staggering $387 million.

As such, the details of the deal mean that it will spend $62 million to increase its stake to 50 per cent of the principal valuation and then spend a further $325 million to complete the deal.

It is understood that Penn has $1.7 billion in cash and assets, plus a further $1 billion in debt-equity, while the deal is being lined up to close in February 2023.

Sports betting in the US has soared in recent years, following the widespread regulation of this in numerous states. This has been further expedited after the effects of the global pandemic, which saw many states lose money after many industries struggled.

As such, most state authorities, perhaps even reluctantly, agreed to push through online gambling bills to generate extra revenue in taxation, to help fund vital sectors of the economy such as healthcare, education and general infrastructure.

Penn Entertainment are active in a vast number of states in the union, with the media company having significant holdings in the sports betting industry. Operating numerous casinos in addition to online assets, it is also particularly active in content integration - especially that of sports, which has helped it to build a major growth following in the online betting industry.

It is understood, following a recent survey, that one in five adults across those states where it is active bet on sports at least once every month which has led to growing confidence among company executives. The number of adults who bet on sports at least weekly, more than doubled from 5 per cent to 12 per cent between January and December last year.

The market for online sports betting in the country shows no signs of slowing and this strategic purchase of Barstool could well prove to be a masterstroke as Penn looks to substantially increase its portfolio of assets.

Marketing opportunities are also particularly positive. With integration an option across its land-based casinos, this could well give rise to the chance to cross-sell between casino and sports betting with its current customers.

US sports are continuing to become even more popular, especially in those states where it wasn’t previously rife. Penn may, have no doubt pulled off a major deal.

Written for onlinecasinogamesindia.in by Vihaan Agarwal - 16-09-2022