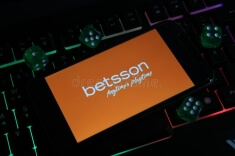 Leading European online gambling operator Betsson has continued to make forays into the ever-expanding LATAM market after it launched in the central American country of Mexico.

In line with its ambitious growth strategy, the company has established a foothold in LATAM over the last 12 months and is looking to capitalise this significantly over the next few years.

This recent development comes at a time when the online gambling market in Mexico is really starting to take off; a sign that there is more to come over the next couple of years.

Betsson primed to take on its competition

While Colombia is arguably its biggest market in LATAM, with a hub in the country’s capital city; Bogata, it is likely that it will look to emulate its success further north. For the moment, Colombia will be the hub that runs operations in Mexico, though certainly don’t rule a more fixed base over the next few months.

It is the goal of Betsson to showcase its online casino and sportsbook in Mexico, with unique features that help it to differentiate itself from its competition. Already there appears to be a burgeoning online gambling scene in the country, especially with presence there from major US brands.

A considerable wrestle for market share is likely over the course of the next two years which throws up some intriguing permutations and it could be argued that it may come down to media coverage.

CEO of Operations at Betsson, Jesper Svensson indicated that the size of the economy and population in Mexico can be a key, decisive factor in ascertaining how much of an impact that the brand could have.

In particular, he noted that the forthcoming World Cup in the winter will play a vital part and gives the brand an opportunity to really stake a claim for its position in the marketplace.

One of the deciding factors in the company’s success in this new marketplace is undoubtedly going to be the decade’s worth of experience that the company has grown in some of the biggest markets in the world already.

Having also developed a highly strategic growth plan over the last few years, it also seemingly has the know-how when it comes to key elements such as customer acquisition, marketing and general business operations.

In this industry, getting the timing right to enter a new market is vital and Betsson appears to be following the exact same blueprint that they applied in Colombia to lead what will likely prove to be a strong charge.

Particularly impressive in the sports betting niche, the brand will hope to leverage this expertise to the Mexican marketplace, though it has also demonstrated major competency as an online casino, with a high level of credibility in Europe.

Written for onlinecasinogamesindia.in by Vihaan Agarwal - 17-10-2022