Caesars Entertainment set to go live in Ohio with Sportsbook 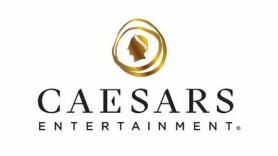 Caesars Entertainment set to go live in Ohio with Sportsbook

Following the approval of the online sports betting bill in Ohio, it has seen a multitude of operators lining up to launch in the state in January 2023, with Caesars Entertainment confirmed as the latest to gain a license.

The development means that from January 1, fans will be able to open an account at the operator via desktop or the app, make a deposit and place a bet, via an offer that allows them to register early.

After a number of states had sports betting bills passed recently, it appeared only a matter of time before Ohio followed suit, particularly considering the rich sporting history in the state.

The premium operator is no stranger to Ohio, boasting a long relationship with the premiere horse racing and entertainment venue, Eldorado Gaming Scioto Downs, based in Colombus. As a result, the racino plans to open a location Caesars sportsbook, which means that it will be able to take deposits in cash for wagers from people from the very first day of launch.

In the build up to the launch of sports betting in the state, Scioto Downs and other sporting venues will play host to the Caesars Sportsbook & Casino Truck, with the aim of helping to educate people about sports betting, what is involved in downloading the app and how to use it, in addition to responsible wagering.

Scioto Downs will become the third sports venue where Caesars offers its sportsbook, in addition to the Capital One Arena in Washington DC as well as Arizona state’s Chase Field.

The Caesars Sportsbook will offer a comprehensive amount of options to bettors in Ohio, with numerous markets available to wager on, across multiple sports, in addition to live in-play options and a new functionality for cashing out.

Likely strong Q3 for Caesars to consolidate its position

Caesars’ expansion comes off the back of a strong performance in the third quarter of this year, consolidating an already healthy start to the year. It was reported recently that the occupancy in Caears’ Las Vegas resorts had reached 97 per cent, which has put it into a good position for the next earnings call.

The Zacks Consensus Estimate (ZCE) has predicted revenues of $1,051 million for this quarter, which would be a 3.3 per cent growth from the previous year’s same period. Driven by a considerable number of international visitors returning to the popular tourist spot. Meanwhile, it is forecasted that revenue for Caesars digital arm could reach $191 million, which would be a staggering 99 per cent growth up from $96 million on the corresponding quarter in 2021.

Though with an increased investment into its digital business, this is expected to have impacted the Q3 revenue figure.

Having made early inroads into the state, Caesars could well have positioned itself to compete with other top sportsbooks which are likely to apply to for a license. The likes of DraftKings, via its proposed partner Hollywood Casino Toledo, FanDuel (Belterra Park Gaming & Entertainment Center) are just a couple of the main sportsbooks likely to offer competition.

A blank canvass in the state for Caesars will allow it to explore numerous growth and customer acquisition strategies as it seeks to gain considerable market share.

Playing home to some of the most notable sports franchises in the country provides a strong clue that sports betting will be popular in the state, with the Cleveland Cavaliers, Cleveland Browns, Cincinnati Bengals and Columbus Crew all being major entities and likely to much betting interest.

Indeed for Caears, this could also provide substantial potential partnership opportunities when it comes to growth, underlining the fact that this may become one of the biggest betting markets in the country.

Written for onlinecasinogamesindia.in by Vihaan Agarwal - 31-10-2022