Royal Panda Casino Announces the Release of Vault of Anubis 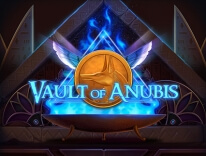 At Royal Panda Casino, Indian players are given preferential treatment. Whether you’re looking at lucrative bonuses or promotions, this Royal Panda Limited-operated gambling platform gets the job done. For February, Royal Panda has already announced two lucrative offers- the Carnival Weekender and the Red Tiger promotions.

Now, the excitement never stops at this website. Royal Panda has just announced a new slot game - the Vault of Anubis by Red Tiger Gaming. Set for a global release this March 26, this new game is now available for free play or real money game starting today.

Designed by Red Tiger Gaming, this new slot game takes on an Egyptian theme and allows players to explore the chambers of Anubis for gold, treasures and other winnings. This game is set for a global release this March 26 but Royal Panda is giving its Indian customers a treat by offering a preview of the game. When you log in to your account, you can check out the game in the lobby and play it for free or in real money mode.

Design and Theme to Expect

Since this is based on Egyptian mythology, you can expect some familiar symbols and items on the reels. As you open the reels and play, you will witness a 7 by 6 playing grid. The game uses a cluster slot mechanism and the symbols are all related to Egypt with that captivating soundtrack. It’s a colorful game thanks to the use of red, gold, neon blue, and emerald as the base colors. When it comes to symbols, you can play the Eye of Horus which is a standard in many Egyptian slot games, emerald scarab, ruby lead, the gold, Pharaoh’s crook, and an Egyptian gem.

Top Features of the Game

This slot game from Red Tiger Gaming boasts some exciting features to keep you happy. One of the most important features is the use of the cluster mechanic. Here, a cluster of at least five symbols can form in a cluster which can offer rewards. Also, this game delivers super symbols in the form of 2x2 or 3x3 symbols. The screen also gives players access to the ‘Generous Gods’. Players will find two grand statues on the side of the playing grid and these can act during play to create multiple wilds. Finally, this slot features the ‘Vault Spins’, a source of bonus spins and multipliers when playing in real money. The trick here is to sustain the feature for a long time to generate more rewards.

Vault of Anubis is now live at Royal Panda Casino and available for players from India who are willing to explore a different type of slot adventure. This Red Tiger will be available in other India-focused casinos starting March 2020.

Written for onlinecasinogamesindia.in by Vihaan Agarwal - 22-02-2020