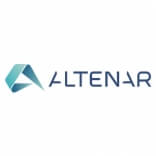 Boutique online gambling software provider, Altenar has expanded its footprint in Europe, after moving into the Spanish market, following its partnership with Jokerbet.

Following the agreement of this partnership, Altenar now has plans to further consolidate itself in the Spanish online gambling market via its new relationship with Jokerbet, with this likely to act as a catalyst to help the company to achieve its plans.

Jokerbet which is part of Grupo Veramatic, which was been established in 1986 and which now boasts in excess of 180 gaming halls around the country, is seen as one of the jewels in the organisation’s crown.

The Spanish online gambling market has increased significantly over the last 12 months, down partly to the COVID-19 global pandemic, which has seen many brands that are available in Spain, seeing a considerable uplift in the number of Spanish players.

Indeed, online slots and casino games have proven to be especially popular with the Spanish market and Jokerbet, which also offers sportsbook services, is swiftly starting to gain a major reputation, even being able to compete with the major brands.

Over the last 12 months, Altenar has proven to be a major player in the European market, but also the wider global market as well. Founded in 2011, the highly innovative online gambling software provider has cornered a very particular section of the industry; unique software development.

Now, after years of tweaking their products, this really is starting to pay off, as demonstrated by their recent link up with Jokerbet. It will see Jokerbet be able to offer its customers and players a substantially better experience at its website, leveraging the highly intelligent software that Altenar offers.

In a substantial testament to the software provider’s expertise, the company also recently agreed to a deal with the highly reputable Betsson Group in affiliation with Colbet for the Colombian market; a Spanish spoken country. As a result of this, Colbet, which was acquired by Betsson in 2017, will be able to bring its services to the market faster and more effectively, due to the partnership that they have in place with Altenar.

Opportunity to expand its services wider

The latest agreement by Altenar will give the company the chance to move into other markets, such as the highly competitive UK online gambling industry. However, with opportunities continuing to arise in the US and Canada, as well as India, Australia, and New Zealand, Altenar has been able to steer itself into a considerably unique position.

Much of this will depend on the success of Jokerbet and by extension, Colbet as well, with the latter offering even more in terms of products with online slots understood to be a thriving market in Colombia as well.

In terms of brand performance, Spanish sites are somewhat behind other markets, especially in terms of efficiency, which means that this is certainly a great chance for Altenar to really make a difference.

What will be key for Altenar is that their technical expertise can significantly help to increase customer acquisition while competing with bigger brands.

Written for onlinecasinogamesindia.in by Vihaan Agarwal - 18-08-2021