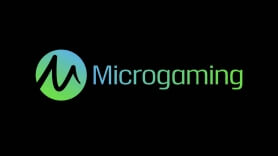 Online gambling software provider, Microgaming has gone live in Argentina, entering what is being anticipated to be the next big market in the industry.

The Buenos Aires online gambling market opened on 9 December and one of the initial suppliers to go live in the capital city’s two provinces was Microgaming, with others such as Playtech lined up, while Swedish firm Evolution also secured their status.

Arguably, one of the most well-known software providers to the iGaming industry, the company has been around since 1994 and has long been a household name.

Strong presence on the continent

Microgaming has been gradually growing their presence in South America over the last few years and has a number of fans in the LatAm (Latin American) market in such countries as Colombia and is well-equipped to provide Argentinian players with a vast range of slots and games titles.

Some of these are particularly famous in the industry, especially their Thunderstruck series, with these slots found at the vast majority of online casinos around the world.

They have secured partnerships with a number of operators in Argentina that are primed to offer a whole suite of their products to their customers, with the software provider certainly somewhat of a jewel in the crown.

No doubt, the company’s main aim will be to become the leading software provider, not just in Argentina, but the whole of South America, for those countries that allow online gambling, though the two provinces in Buenos Aires will be seen as key.

There is a lot of potential in the country’s capital, especially in terms of the possible revenue and it is a market that many are beginning to realise is one that they simply cannot ignore. Much the same as the US.

Other markets lined up for Microgaming?

One thing about the online gambling industry is that every company, regardless of whether it is an operator or software provider, want to enter new markets as early as possible, in order to make sure that they can gain as much awareness as they can with new customers.

There are a number of eastern and southern European countries that have recently passed online gambling legislation and no doubt, Microgaming will have its eye on these.

The African continent is another interesting option, however, the online gambling laws face a number of obstacles and it remains to be seen whether this is a realistic possibility.

One thing that we know for sure, is that this is a serious signal of intent from what is a global heavyweight in the online gambling industry, as they look to make sure that they can continue to retain market share.

Written for onlinecasinogamesindia.in by Vihaan Agarwal - 23-12-2021