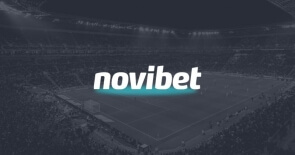 Such a move will ensure that both parties can benefit significantly, with Novibet having considerable standing as an operator, which will help to redefine EGT’s position in the burgeoning Greek marketplace.

It could well mean that more deals are in the offing for EGT, which boasts a wide range of renowned casino games and slot titles, including Shining Crown, 40 Super Hot, Zodiac Wheel, Burning Hot and Rise of RA.

Following the deal, Ivo Georgiev, the Managing Director of EGT Interactive, indicated his excitement about the opportunity for the software provider to really make its mark, substantially increasing its Greek presence, stating that he is confident that this is a relationship that will be successful over the long term.

Having only recently been regulated, it is fair to say that the Greek online gambling is still only finding its feet and understanding customer behaviour. Certainly for operators, knowing which games and slots will be popular can always be hard to get an understanding of, however, with the introduction of EGT to the Greek market.

This is a view shared by Fotini Matthaiou, Casino Manager, Novibet, who was keen to make sure that it was understood that this is a deal being met with eagerness by the operator, with Matthaiou also paying tribute to the talent that is available at EGT and the possibilities that this provides them to be able to offer more innovative products to their customer base.

Novibet is one firm over the last few months that has substantially strengthened its position in the Greek market, which has shown promising signs of potential. In September last year, it is understood that online wagering surpassed the €1 billion mark in the country - a very promising sign, especially given the fact that, following its ban in 2002, there was little evidence to suggest that it would return in any shape or form.

However, with the addition of EGT Interactive to the Greek marketplace, it could mean that online gaming software becomes even more sophisticated for customers in the country, which could significantly help to boost sign-ups for Novibet.

A market on the rise?

Greece like its Mediterranean neighbours, Italy are a country that could become a thriving online gambling market, which will no doubt, prove to be valuable for the country’s economy.

Operators in the country are required to pay 35 per cent in gaming tax to the government, and as a result, this may substantially help with crucial factors such as improving the country’s infrastructure and public services.

Written for onlinecasinogamesindia.in by Vihaan Agarwal - 23-02-2022