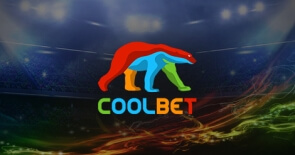 After being granted a license to operate in the swiftly growing Canadian market, GAN-owned brand Coolbet has subsequently joined IBIA (International Betting Integrity Association), as part of a joint bid with other operators to help prevent foul play in the industry.

Under the Vincent Group umbrella, which was purchased by GAN last year, Coolbet also has licenses in other key markets, including Sweden, Malta and Estonia - the latter has witnessed substantial growth over the last few months.

Integrity a key component of the online gambling industry

Across the board, fair play in the iGaming industry has always been a priority - especially in regulated markets, with gambling commissions keen to clamp down on dishonest activity that can exist in the industry.

With the Canadian market still in its relative infancy, especially with the province of Ontario having only recently approved legislation, which is predicted to become a major online gambling hub over the next few years, IBIA will undoubtedly play a major part in making sure that everything is above board.

Currently, most of the major operators have secured licenses for Ontario, many of which have also built a foundation in the US market, which is set to become the most lucrative in the world over the next few years.

The likes of Australian firm PointsBet, FanDuel, 888, Rush Street Interactive and Bet365 have put the groundwork in to become a significant force in Ontario having had licenses awarded, while other big firms are also keen to launch there.

Coolbet was approved by the Alcohol and Gaming Commission of Ontario (AGCO) earlier this year and having become the most recent member of IBIA, it is clear to see that it wants to become a respected operator in the country.

Coolbet seeing its status rise in the industry

Over the last few years, Coolbet has posted some impressive results in terms of revenue and has exceeded expectations in terms of performance - its revenue for the first quarter of 2021, was in excess of $14.3 million, indicating a considerable uplift.

Firmly consolidated in a number of smaller European online gambling markets, it will no doubt have its eye on launching in others.

The $175.9 million takeover over the company by GAN in January 2021, could have been part of the reason for impressive results during the first quarter of the year, especially when considering the technology that was subsequently integrated into the site.

With hundreds of slots and games available to customers from a range of top tier software providers, plus the ability to bet on major sports and tournaments occurring in a number of countries, it means that Coolbet can begin to establish itself as a major force in the iGaming industry over the next few years.

Written for onlinecasinogamesindia.in by Vihaan Agarwal - 21-06-2022