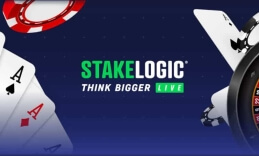 Having secured a Provisional Internet Supplier Gaming Licence from the Michigan Gaming Control Board, online gambling software and content provider, Stakelogic can now supply its slots and games to operators that are present in the Michigan market.

The company revealed that following its launch in Michigan, that this is only part of its wider ambitions in the country - a market that is swiftly turning into one of the biggest in the world for online gambling.

Stakelogic’s stock has risen over the last couple of years due to the impressive suite of slots that it has created, which has resulted in onboarding a number of clients and as such, it is hoped this can act as a springboard to increasing its presence across the US.

Some of the company’s most impressive titles include Atlantis Gold, Candy Wild Bonanza Hold and El Patron to name just a few, while access to the US market will provide an opportunity to create more for a different target customer.

A milestone for Stakelogic

Originally founded and launched in Eindhoven, Netherlands in 2014, Stakelogic is a subsidiary of the more renowned Novamtic, who are somewhat big players in the software development sector of the online gambling industry.

The software provider’s first slot releases were showcased at the 2016 ICE Totally Gaming Expo, where they proved to be an instant hit with what then later became clients. This move into the US market is being seen as a ‘milestone’ by company insiders who have strong ambitions to become a premier content provider for operators in the US.

Michigan has proven to be a robust state for online gambling since this became legal in 2021 and is already continuing on an upward trajectory in 2022. Stakelogic has focused on developing slots that stand out from the crowd since its inception and, as a result, they have proved to be considerably popular with fans.

It has been a successful period for the company over the last 12 months, having been awarded a license to operate in Ukraine last July, while securing a licence with the Malta Gaming Authority (MGA) earlier this year - a major coup.

With the latter license, it means that the software provider can establish stronger relationships with the European markets and secure major clients that also share an operator license from the MGA.

While some of Stakelogic’s slots are already familiar with a portion of the US market, having been granted a Michigan license, it means that they can now really get to work with establishing themselves as a major slot developer in the US.

Michigan showed last year that it had a significant online casino following, with brands such as BetMGM and FanDuel proving particularly popular for the casino sections of their sites.

With other states across the US also showing an increase in online casino participation in recent months, this is only positive news.

In addition, there are other states that are primed to pass legislation over the next 12 months, that have a lot of potential, including California and Florida - two of the most populous states in the union.

Whatever happens over the next year, Stakelogic can certainly be happy with the progress that it has made so far, with the US likely to become a key market for its potential growth.

Written for onlinecasinogamesindia.in by Vihaan Agarwal - 28-06-2022