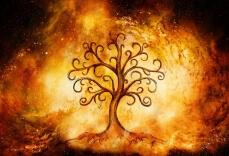 Boutique and highly innovative software provider Yggdrasil Gaming has taken the next steps in its ever-evolving journey.

The latest development sees the firm prepare to enter the LATAM market, one that has been in the news a lot recently, with more and more Latin American countries having developed infrastructure to cater for the increasingly popular online gambling industry.

Such a move sees Yggdrasil partner with RushBet - the sportsbook owned by Rush Street Interactive, with Colombia the major market that has been identified for its debut.

Via its highly revolutionary YG Masters Program, it means that Yggdrasil will be able to offer a range of its slots available through this and, as a result, there is a lot of confidence that they can make an impact, in a similar fashion to the way that they have done in Europe.

Such slots include Raptor Doublemax, Hades Gigablox, and Vikings Trilogy among many others in addition to more from the YG Masters Program. For Yggdrasil, it has the advantage of partnering with the first online gambling firm to launch full operations in Colombia, which represents a significant percentage of the LATAM market.

Over the last few years, Yggdrasil has carved out a niche for itself and has, as a result, been able to differentiate substantially from other software providers, due to its innovative YG Masters Program, which enables small, creative game studios to upload their slots to their platform, with Yggdrasil taking a share of the profits.

It has subsequently proven to be a great marketing tactic as well as one that benefits all parties involved.

Yggdrasil adding to its client portfolio

This is not the only multi-year content agreement that Yggdrasil Gaming has penned recently, with the provider having inked a deal with IGT towards the end of last year (November), to serve the North American market.

Richard Schwartz, CEO of Rush Street Interactive recently talked up the kind of impact that this deal could have, praising the type of slots that the developer creates and the implication is that, this can be the start of a blossoming relationship between the two entities.

In addition, it could further lead to more partnerships for Yggdrasil, particularly in the ever-growing Latin American market, which is understood to be one of the biggest growth regions in the online gambling industry.

Not only Colombia but also Brazil and Argentina are believed to have a lot of potential in South America, while Mexico is a major representative for the Central American region.

As a result, it has seen a number of big operators gain licenses in some of these countries, in order to significantly boost their presence around the world. Because of this, it means that there could be a lot of opportunities for Yggdrasil to secure deals with operators in these countries which could raise their profile as well.

Written for onlinecasinogamesindia.in by Vihaan Agarwal - 06-06-2022