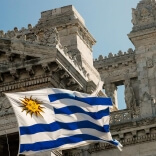 South America has become somewhat of a talking point in the iGaming world over the last year, with the LATAM (Latin American) market currently thriving.

Following the recent revelation that Peru has also passed an online gambling bill, neighbour Uruguay has expressed ambitions to do the same. The Finance Commission of the Chamber of Senators of Uruguay has passed a policy for online gambling, which was presented by the executive committee.

During the last quarter of 2021, a draft of a proposal for online gambling was put forward to officials, which appeared to be greeted with enthusiasm. In the months since, there appears to be significant progress in relation to this.

There are some factions of the Uruguayan media that are led to believe that any online gambling regulation could be affected by the Cipriani project, which is a scheme based in Punta del Este.

Details of this reveal that the Executive power has the authority to block an online licence that could be seen to interfere with current land-based entities that may have similar future aspirations.

When developing the San Rafael hotel, one of the priorities of the Italian group was that this has the potential to operate online in the future.

There are some within the group of representatives that have cast doubt on the country’s online gambling proposal, stating that it is unfinished.

For all intents and purposes, while it does seem as though the Cipriani project is in a unique position to hold up the introduction of any online gambling bill, it is likely that a compromise can be found that will suit all parties.

Indeed, this could even be being used as some kind of leverage in order to negotiate a better deal that benefits the Cipriani group further.

What could online gambling mean for Uruguay?

A country that already has a number of land-based casinos, the demand and interest for online gambling in the country is clearly there. In addition, there is a considerable sports following, with football and rugby two that are watched with interest and which could have a serious amount of betting potential.

In addition, the opportunity of generating revenue via taxes, could be too good for the country’s authorities to turn down. Such a large proportion of this can be invested back into the economy, to improve such sectors as education, healthcare and overall infrastructure.

Written for onlinecasinogamesindia.in by Vihaan Agarwal - 22-08-2022