Space Stacks out of this world for Push Gaming fans 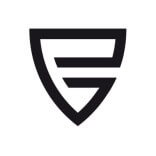 The latest release to come out of the thriving Push Gaming studios, Space Stacks, is really shaking up the online slot scene, with the slot already proving to be a popular choice among slot enthusiasts.

Set on an immersive background of a deep blue with a colourful grid, this 10-reel slot (of which seven award prizes instantly and three lead to bonus rounds), there is somewhat of a roulette configuration, to this, with players able to choose the size of their bet. Once they have chosen their chips, they can then pick the reels that they would like to wager on.

One of the biggest attractions for players is that the minimum bet is just 0.01 per spin while depending on the reel, the maximum bet is between 10 and 100.

There are numerous features that help to make this slot different from many others out there, and it is clear that Push Gaming’s innovators have worked around the clock to make sure that this broke the mould in some way.

Boasting an RTP (Return-to-Player) rate of 96.23 per cent, in addition to an attractive medium volatility rating, this essentially makes it attractive enough when you consider the theme and user journey of the slot itself.

The bonus block reels of Astro, Flip and Apex all have their own unique features, with these considered to be the ones that you want to land on in order to uncover all of the best bonuses.

Landing on Astro will trigger an instant win in the form of a prize wheel that has 32 different segments. Prizes that are included have between plus two and plus 100 multipliers. Meanwhile, the Flip is a 6x6 board that is shown on the screen, with players prompted to choose three of the downturned tiles. Every tile has a different value multiplier of between 1x and 1000x, or there is the possibility of getting a rocket symbol. What this does is activate a x2 multiplier, while each rocket then goes up in value from thereon in.

The Apex bonus round, meanwhile, is similar to that of the base slot game; however, there are some differences. There are many prize reels with far-ranging values, while the enhancement feature values wins at x2 and x20.

Space Stacks worth a try

This is certainly worth trying out if you are both a seasoned enthusiast and new to playing slots. The variety in the game is one of the highlights for players, which is shown in the gameplay but also the graphics.

A top payout that is 5000x the maximum bet is considerably attractive for players, though it may take you a few spins to get up to speed.

Written for onlinecasinogamesindia.in by Vihaan Agarwal - 11-11-2022